Getting Started on a Keto Diet? These are my favorites for ensuring success 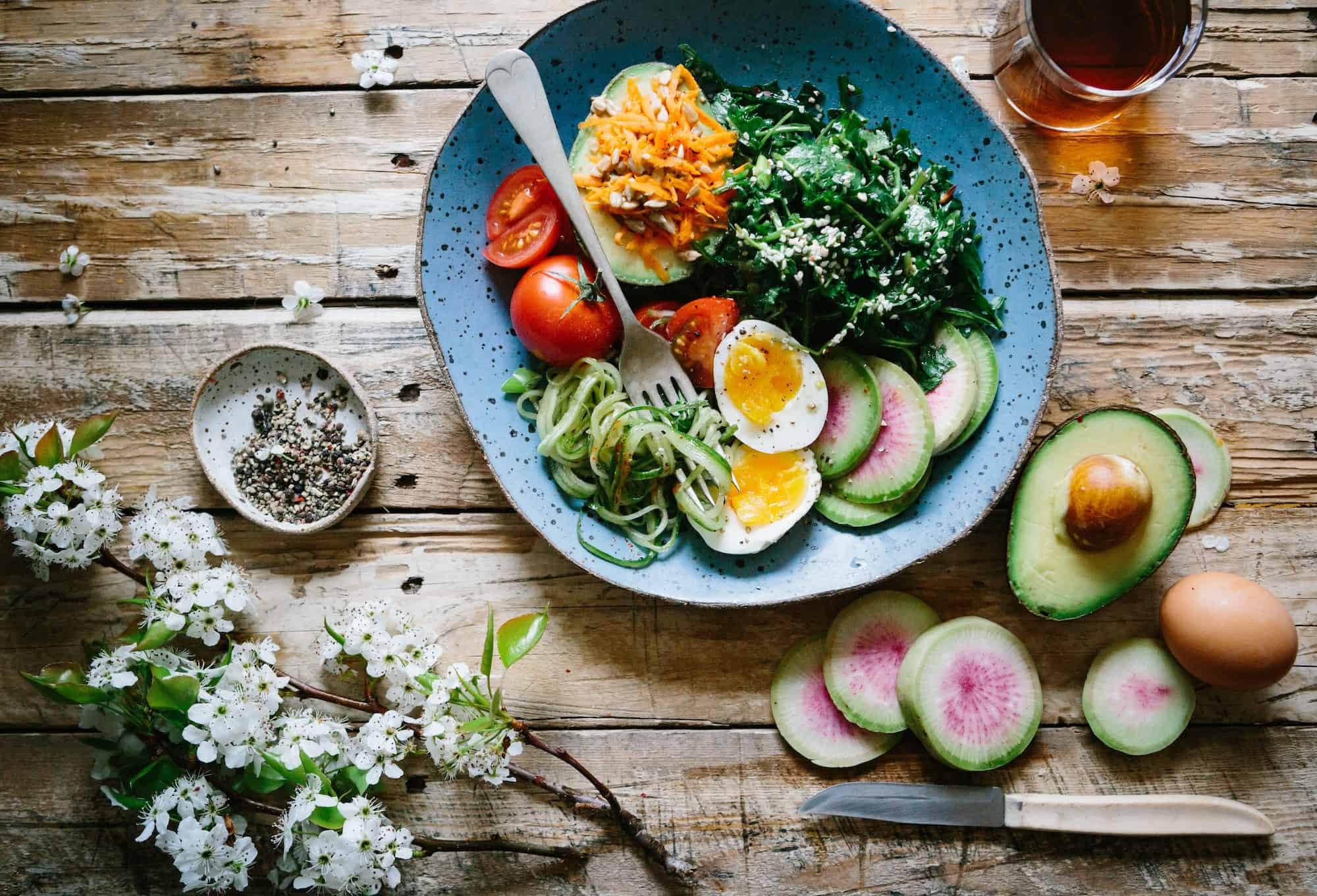 The ketogenic diet (aka keto) is a very low-carb, high-fat diet that helps you burn fat efficiently. Keto has a variety of benefits for weight loss, energy, health, and performance which we’ll cover in this article.

Keto has been proven to be especially beneficial for shredding fat from your body — without experiencing hunger pangs every 15 minutes (1). I’ll explain why that is later in the article.

And, there is lots of supporting evidence that keto is an effective way to treat (and even reverse) Type II Diabetes (2).

What is a ketogenic diet?

Before we start, let me make a quick disclaimer:

I HATE the word “diet” and I think it sets people up for failure. When most people think of a diet, they think of being hungry all the time and never being able to enjoy the foods they used to love. This is one of the biggest reasons that so many people fail with whatever diet they try. And often they actually gain the weight they lost back and more weight when they quit their diet!

(Not to mention the word itself has the word “die” right in it...)

I prefer to think of a keto “diet” as transitioning to live a “keto lifestyle.” With that in mind, I will use the word “diet” so I don’t confuse anyone. Just know that I hate that word and I think it causes more harm than it solves.

Alright, back to keto…

Keto is a very low-carb, high-fat diet. While it’s similar to other low-carb diets (such as the popular Atkins diet), it’s much more aggressive against carbs.

Keto, on the other hand, is much more strict on carbs. But don’t worry — that doesn’t mean keto is harder. In fact, many people find keto easier than Atkins because you don’t have to worry about changing phases that call for changing your diet every few weeks.

The idea behind keto is to put your body in a metabolic state called “ketosis” by producing small fuel molecules called “ketones.”

Ketosis basically means that your body relies on fat for energy and fuel rather than glucose (also called blood sugar) — which is the “default” fuel source for most cells in your body.

There are some awesome benefits when your body enters ketosis. First, your body becomes incredibly efficient at burning fat — especially for energy. During ketosis, your body turns fat in your liver into ketones, which supplies energy for your brain. Your brain is a hungry organ that consumes lots of energy every day and it can’t run directly on fat — only on glucose or ketones.

Another way to think about ketones that I originally heard from the great Ben Azadi is that ketones are like Tesla and glucose is like the standard gas-powered car.

Ketosis is an ancient process that has been with humans for as long as we’ve existed. The quickest way to enter ketosis is by fasting — which was our ancestors' way of entering this metabolic state. But fasting is difficult and nobody can do it for extended periods of time.

However, following a keto diet puts your body into ketosis — just like fasting. Which means a keto diet “mimics” fasting for your body, giving you many of the benefits of fasting (without having to go extended periods without eating food). Win-win!

Now that you have a better understanding about the origin of keto and what happens in your body during ketosis, let’s talk about entering ketosis.

How do you enter ketosis (without fasting)?

As I stated earlier, fasting is the quickest way to enter ketosis. Rigorous exercise is another way to get into ketosis because your body depletes its glycogen stores during exercise. However, your glycogen stores get replenished when you eat carbs.

Which brings me to my main point… carbs.

Restricting your total carb intake is the best way to enter, and remain in, a state of ketosis.

Historically, keto diets consisted of limiting your carb intake to only 20-30 “net grams” per day. “Net carbs” is the idea that you subtract your dietary fiber from your total carb intake. This is because fiber is indigestible once eaten, so many people don’t count grams of fiber as carbs. In other words, Total Carbs - Dietary Fiber = “Net Carbs.”

You may have noticed I put “Net Carbs” in quotes every time. The reason is because “Net Carbs” is a bunch of baloney — and most of the clients I helped who had trouble entering ketosis is because they tracked their “Net Carbs,” not their total carb intake.

If you’re wondering what the heck you’re supposed to eat without surpassing 25g of carbs don’t worry. We’ll cover that in the next section.

What’s your macro intake on a keto diet?

A “macro” is short for macronutrient and there are 3 main categories of macronutrients that give you the most energy: fats, carbs, and protein.

We already know that you have to limit your carb intake on keto, but what about fats and protein?

Here’s a graph for all my visual learners:

We’ll get more into specific foods you should avoid and eat in the next section. But before we wrap this section up, I want to dispel some common (and dangerous) myths about keto.

Many people think that keto means a high protein diet. While you might consume more protein on a keto diet than your standard diet, keto is a high-fat diet, not a high-protein diet. This is the biggest difference between keto and other low-carb diets. The reason I advise against eating too much protein on keto is because your body can turn protein into glucose when you eat too much of it — especially at the beginning. This would slow down or kick your body out of ketosis and sabotage all the benefits of keto.

It’s okay to eat green, leafy veggies! I recommend that you eat 7-10 cups of vegetables each day. Eating green veggies help flush your liver, maintain a healthy potassium level, and helps protect you from developing a fatty liver.

You can develop a fatty liver when you don’t eat enough green veggies, so this step is very important. Your body will be getting rid of uric acid (among other waste products) and green veggies helps your body run clean.

And it’s important to drink lots of water during keto — especially with lemons (which are a great source for potassium). Drinking enough water helps you from feeling fatigued, aids in digestion, and naturally suppresses your appetite.

Water is also needed for detoxification. I’d suggest adding a pinch of salt to your water or to buy electrolyte tablets (such as Nuun tablets or Ultima powder — though be aware: Nuun tablets contain 1g of sugar so you’ll need to count that towards your total carb intake.)

Foods you should avoid on keto

The more you limit your total carb intake, the better results you’ll get with keto. So you need to avoid sugary and starchy foods that are high in carbs like bread, rice, pasta, and potatoes.

Here’s a full list of foods to avoid on keto:

Foods you should eat on keto

Many people try the keto diet for its various health benefits… then stick with it because there’s a lot of healthy and good options that agree with keto (especially when compared to other diets).

Here’s a list of foods to eat on the keto diet:

The list above explains the best types of foods to eat, but there are some foods that you can “get away” with eating occasionally, including:

But you can’t eat these foods every day or you’ll kick your body out of ketosis! Limit them and eat them occasionally only.

What to drink (and not to drink) on keto

Generally speaking, you should completely avoid alcohol on keto. Not only are most alcoholic drinks loaded with carbs and sugar, but alcohol suppresses the usage of other key nutrients in your body and will cause you to completely stop burning fat.

As for what you should drink, you can never go wrong with water. Coffee and tea are also fine — just don’t use any sweeteners, especially sugar. A dash of heavy cream is fine because its carb content is low but if you drink multiple cups of coffee or tea per day this can add up quickly.

If you'd like a sample of some of my favorite keto recipes, enter your email here for a free download!

If you need additional help getting started on keto or staying accountable on keto, I’d love to help you. You can book an introductory meeting with me here. 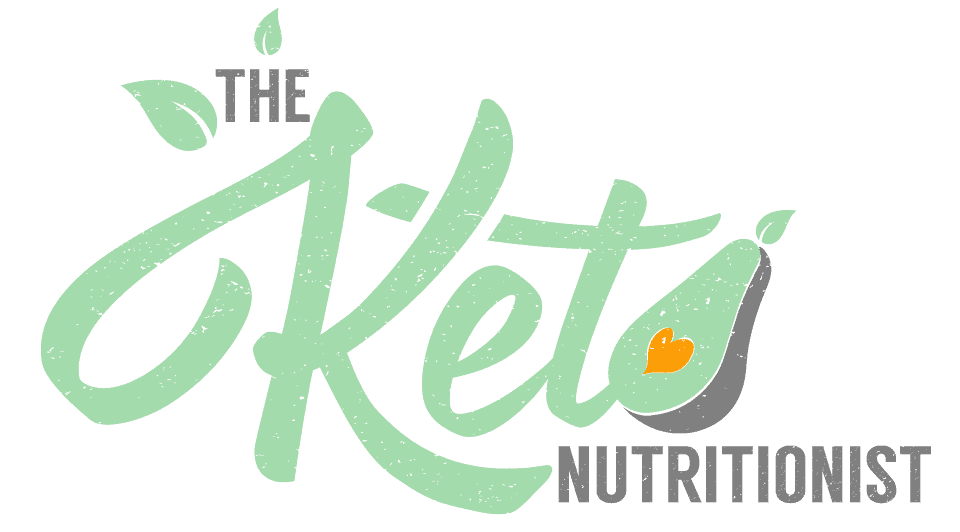